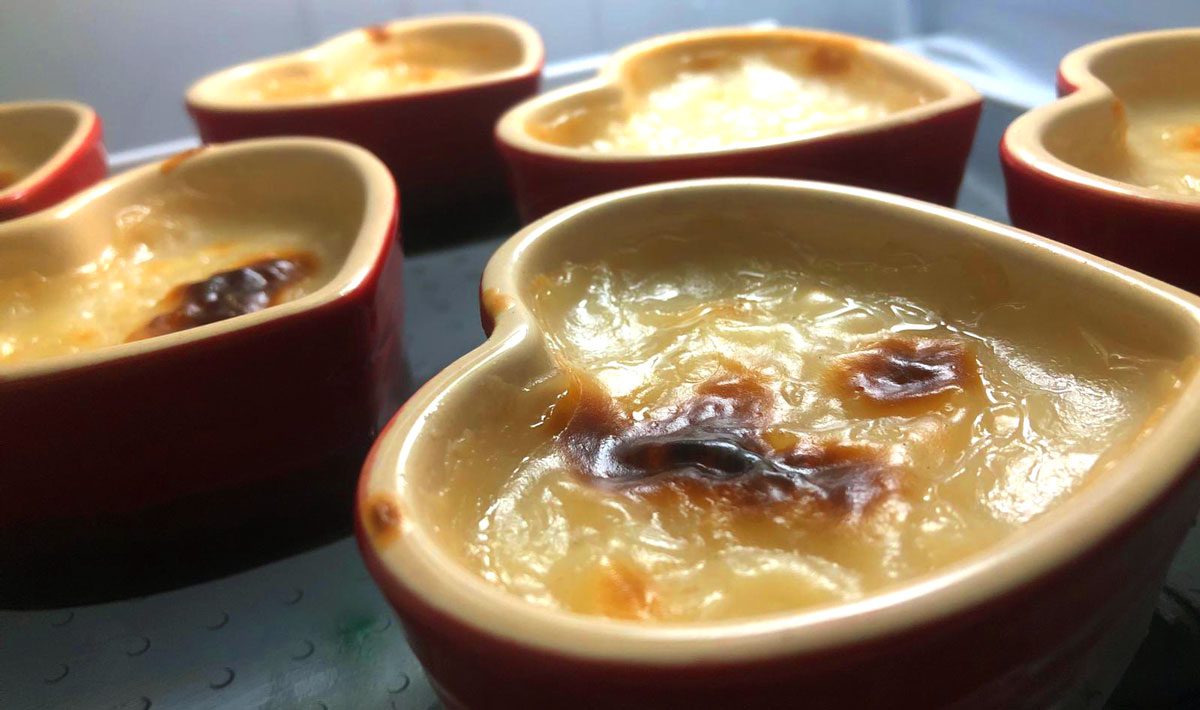 Rice pudding. If you grew up in the UK, this might remind you of school dinners – warm and often with a skin on top that you were expected to force down. But rice pudding actually has an exciting origin and, when done right, this dish is rich, indulgent and has a delicious flavour.

Rice pudding (or Sutlaç) originated in both Mexico and Turkey but today we’re going to give you our recipe for the Turkish version. Turkish cuisine is full of milk-based desserts and rice pudding is the jewel in the crown. It is traditionally served in a small clay cup that’s glazed on the inside, and the dish is twice cooked (on the hob and then in the oven) for the ultimate creamy texture.

In order to make this suitable for a plant based or lactose-free diet, we don’t use cow’s milk in our recipe. Instead we are going to use coconut milk for this rich and creamy dessert.

previousPlant Based Kebab vs Meat Kebab